Phew! What a lousy year it was, 2014. After a great 2013 film-wise, either I chose my movie outings poorly, or 2014 had indeed a rather bad crop. I only went to a movie theatre about thirty times, and quite often I just looked at the listings, thought everything was so meh!, and went to do something else instead. There were however, amongst the superhero episodes (which at least create mythologies) and the forgettable dramedies, some good works of art and entertainment in the theatres in 2014. Unlike this critic’s, my picks for 2014 might even be very slightly better than my favourite movies of 2013. 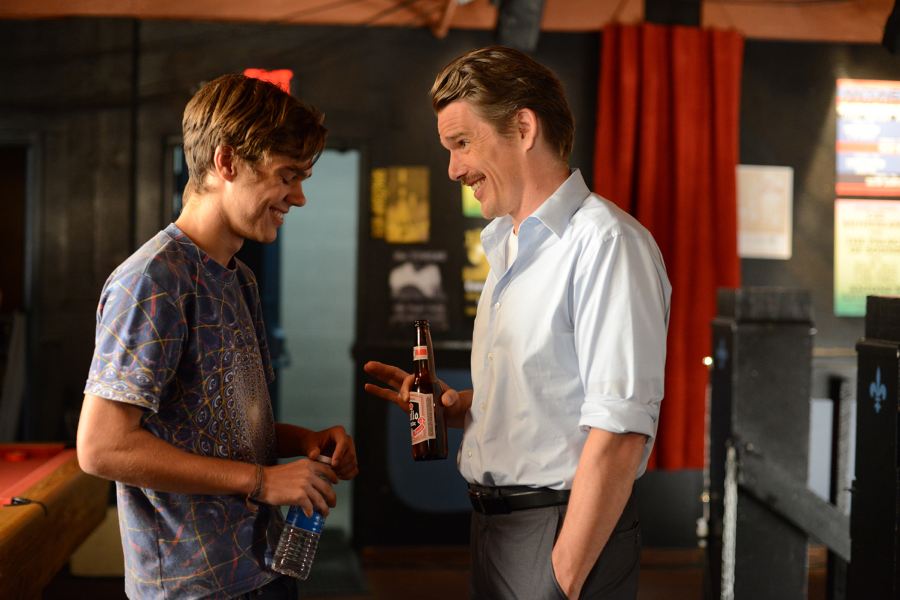 Richard Linklater’s Boyhood. I’m not one to jump on bandwagons and I’m usually suspicious of anything that has the degree of universal acclaim Linklater’s masterpiece achieved. Still, I am hard pressed to find any fault whatsoever with this film (well, maybe except for the use of Coldplay in the soundtrack at the beginning of the film), the result of an incredibly risky project that feels perfectly natural in the body of work of the guy who directed Slacker. In Boyhood, character transformation happens because it just does as time passes, not as a result of plot. Small episodes might have consequences, or might have not. People come into the life of Mason and his family and seem important, and than they’re gone elsewhere. Boyhood almost challenges what is meant by ‘fiction' because even though those are made-up characters played by professional actors acting made-up situations, there's no disbelief in the movie requiring suspension. It's a truthful fiction, showing the extraordinary (as it must be, as we watch it in a movie theatre and find it compelling) in the ordinary. 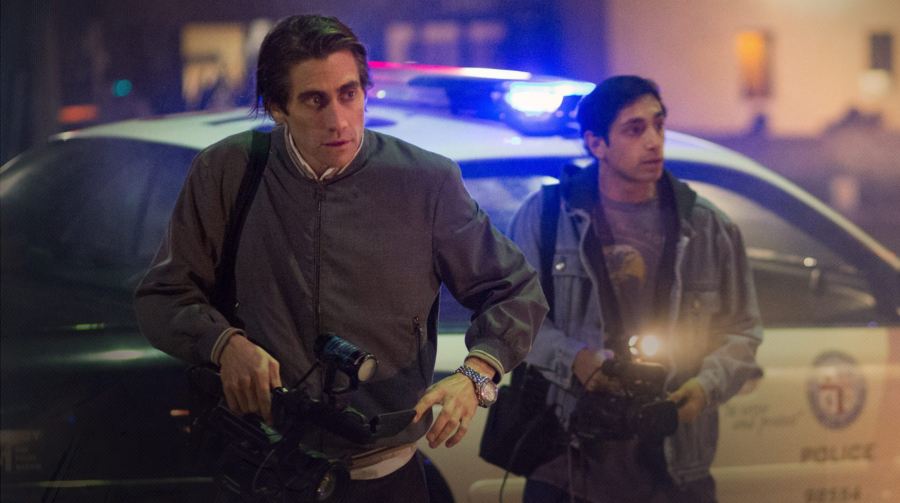 Dan Gilroy’s Nightcrawler. Without leaving Earth for mythological heights inhabited by aliens and superheroes, Nightcrawler is on the far opposite end of the placid Boyhood. Jake Gyllenhaal’s Lou Bloom is a rabid hungry coyote, perhaps more wolfish than di Caprio’s, perhaps more of a psycho than Bale’s. He is the endgame of anarcho-capitalism, only holding a camera rather than trading financial derivatives.

Alexander Payne’s Nebraska, and back to placid-er plains. Wheareas plot is probably the least important element of my other two picks, Nebraska, while not exactly a tightly-plotted film (leave that to something like Gone Girl), had the most satisfying story I’ve seen in a film all year. It’s veritable literature, coupled with Payne’s humourous deadpan Americana.

Some films of 2014 were genuine disappointments — I would say Christopher Nolan’s Interstellar is as vast and as empty as space, while I found Mike Leigh’s Mr. Turner, which I had eagerly awaited since watching the first trailer, more interested with the bodily noises of J.M.W. Turner rather than his art. Still, besides the 2014 Top Three, I really enjoyed Martin Scorsese’s Wolf of Wall Street, which, like Nightcrawler, I found a great observation of turbo-capitalism, this time as a farce. I also liked Spike Jonze’s Her as a thought experiment about emerging AI; as I wrote previously, even though I found its resolution quite flawed, it’s a film sure to occupy philosophers (and UX designers) in years to come. Another glorious but flawed film I really liked was Ari Folman’s The Congress, which I thought even trippier than Stanislaw Lem’s novel. Considering Boyhood, Steven Knight’s Locke is perhaps the most opposite kind of project one could imagine (just a guy driving his car for ninety minutes), but Tom Hardy does give the defnitive performance of Bluetooth-connected acting. And finally, David Fincher’s Gone Girl, which I enjoyed as perhaps the definitive film of a long-missed subgenre, the Michael Douglas thriller (not starring Mr. Douglas).

I should also highlight David O’Russell American Hustle (a giant in the pantheon of cinematic hairdos), Paolo Sorrentino’s La Grande Bellezza (no film ever made me want to visit Rome as much), Wes Anderson’s Grand Budapest Hotel (which I actually found manneiristic and lesser Wes, but still, Anderson), Anton Corbijn’s A Most Wanted Man (its closing scenes becoming more shocking and poignant as marking the premature end of Philip Seymour Hoffman), João Botelho’s Os Maias (a very lively — and even fun — rendition of the novel dreaded by so many portuguese highschoolers) and James Gunn’s Guardians of the Galaxy (a refreshingly humourous superhero flick to gorge on popcorn and coke).

Still, there are some interesting movies on the horizon for 2015 that are not Star Wars. And indeed, is there a better way to spend the New Year’s Day hangover than at the movies?